No business owner goes into business thinking they will one day be making staff redundant. It is such a difficult decision to make for any employer, that the emotions of the situations can become too much.

It is however important that a fair process is followed, and that you are complying with the appropriate legislation when making people redundant.

In this article, we will look at:

According to the Employment Rights Act 1996, an employee is dismissed by reason of redundancy if the dismissal is wholly or mainly attributable to the fact that:

Like any business decision, it is advised that you devise a business case as to the reason for making staff redundant and the redundancy process that is currently being enacted. These will typically fall under the ETO (Economic, Technical or Organisational) reasons. The business will set out the rational staff and potentially a Trade Union as to why redundancy is needed at this time in the business. The more information is communicated to these parties, generally the easier the process is (although not always).

If it is your intention to make 20 or more people redundant within a 90-day period at a single establishment, then this actives the requirement for Collective Consultation. You must also notify the Secretary of State, in writing, of this proposal. This is done by completing a HR1 form.

Under Collective Consultation, there is a minimum time period in which staff must be consulted before the 1st dismissals can take place.

During a Collective Consultation, there is a right for the employees to elect a representative to speak on their behalf rather than the company going through individual consultations. This can be done simply by taking a ballot, the staff themselves putting someone forward, or a Trade Union representative being the individual to speak on their behalf. 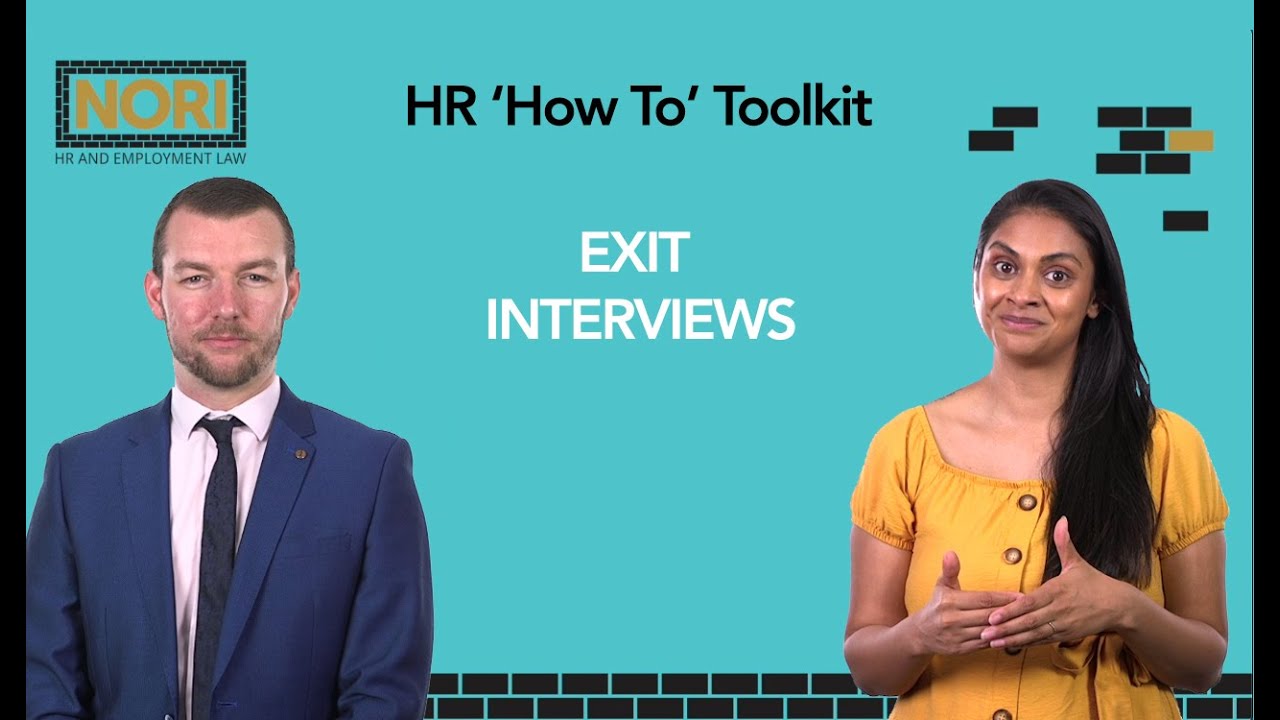 Can I ask for volunteers for Voluntary Redundancies?

There is nothing wrong with asking the staff during the initial consultation that if anyone wants to step forward and volunteer for redundancy, they can do. The choice must be left to them without any coercion or any threats to their jobs, when making staff redundant.

Designing and choosing your selection matrix

The next stage of a making staff redundant process is deciding how you will score the staff based on the company needs. Some of the criteria that you may include could be:

You do not have to score all the criteria on the same paring. It is possible to weight of the criteria more heavily than the others should this be reasonable for the future of the business i.e. experience on multiple machines or in multiple areas may be more important than someone’s length of service and therefore they get more points in this section.

As per the previous advice, it is best practice to put the chosen criteria to the staff to see if there are any objections or concerns with the criterion that is being used. This is a great way to head off any claims down the line that the selection was unfair when making staff redundant.

Once the selection matrix criterion has been chosen, it will then be for the company to assign managers that will score the members of staff. This can be a very delicate and subjective part of the process, as you are asking managers to score potentially their own team, or people that they may have known and worked with. Whilst it is not always possible, if the company can assign multiple managers to score the staff that are at risk, you will have multiple figures to add up as a fair scoring and with multiple people scoring the staff, it loses an element of being subjective.

Once the scoring matrix has been concluded, the next stage would be to consult with staff and notify them of their score and where they landed on the selection process. The best way to do this within the meeting is that each employee on the list is assigned a key (either 1-? or A-?). This way you are able to show the employee in the meeting how they scored against others without breaching confidentiality of other staff members who may have scored better or worse.

At this meeting it is best to get as much input from the employee if they feel there is any way they could avoid redundancy. Whilst the onus is on the employer to make sure the process and decision is fair, including finding suitable alternative employment, having active participation from the employee ensures a fair process throughout. Do they feel there is another role they could perform that hasn’t been considered by the employer, or that could widen the pool? Could they work on less hours and would accept that?

Confirming the redundancies with those affected

Once all the consultation meetings have been held, and all the scoring and decisions have been made, unfortunately that leaves delivering the bad news to those that are affected. It also means notifying those that are safe, of the good news for them.

The best way to notify staff is to invite them all to formal individual meetings, with the possible outcomes being outlined within the letter, and the right to be accompanied to the meeting. At the meeting, the decision can be given to them, along with all the particulars of the decision i.e. redundancy pay, how notice will be served, holiday entitlement, the right to paid time off for interviews etc.

If the staff member has been employed for more than 2 years, they will be entitled to reasonable time off to attend interviews. The amount that the employee has to pay the employee is 40% of one week’s pay e.g. if the employee works 5 days a week, then you will only have to pay 2 days before any other time off either becomes unpaid or the employee uses annual leave (with authorisation from the company).

Offering suitable alternative work to the employee and trial period

Throughout the process, the onus is on the employer to look for suitable alternative work for employees to avoid redundancies, particularly if those employees have been employed for more than 2 years. Failure to do this could result in an unfair dismissal claim being lodged with ACAS if the employee could show that there was work, they could have been offered but weren’t. This all ties into the test for unfair dismissal as to whether the outcome was within the ‘band of reasonable responses’.
If alternative work if offered to an employee, they are entitled to a trial period of 4 weeks to assess whether the alternative work offered to them is in fact suitable. This period can be extended if there is a requirement for training for the new role. Should this be a requirement, it is advised that this is discussed, agreed, and documented in writing before the 4 weeks commence.

During the 4-week trial period, the employee at any time can decide that the role is not suitable for them and revert to being made redundant. If they try to give notification after the 4-week window as passed, then they will lose their right to statutory redundancy pay.

Keeping records of the meetings

Throughout the process, it is best practice that verbatim minutes of meetings are taken where possible, along with an audit trail of all decision making should this be called upon at a later stage. Should you wish to record the meetings when making staff redundant, you will need to ensure you have consent of all parties of that meeting in line with GDPR Regulations.

Can an employee appeal a redundancy decision?

As with any appeal, the employee should outline clearly why they are appealing the original decision and provide any appropriate evidence. Whereas in a disciplinary process it may be appropriate to do a table-top review, it is always advisable that an appeal hearing is scheduled for the employee with the right to be accompanied clearly communicated to them.

The appeal is the final stage that the employee can go through to overturn the decision of the redundancy process. Should they have over 2 years’ service, they could look to lodge a claim with ACAS for unfair dismissal. If they have less than 2 years’ service, provided you have paid them their notice, there are limited claims the employee can claim for unless they state that the decision was for a reason that falls under the automatically unfair categories.

In a situation that involves bumping, this is where the employee at risk of redundancy is transferred to another position, and thus makes the holder of this 2nd position redundant. This process is legally allowed in Employment Law provided the right processes are followed with the 2nd employee should that have 2 years’ service, and that the decision is not based on any automatically unfair reasons.

The use of a pool of one is where there is a single person within a position, and therefore the employer makes that person redundant without expanding the pool to draw in other staff members to also put them at risk of redundancy.

In the case of Wrexham Golf Co Ltd v Ingham, it was an interesting view from the Employment Appeal Tribunal (EAT) regarding the use of a ‘Pool of One’. Whilst the Employment Tribunal (ET) found that the dismissal was unfair, in particular because “no consideration was given to the possibility of establishing a pool from which any redundancies could be made”, the EAT overruled this as they felt that the ET had not explained why it was unreasonable of the employer to focus on the role of Club Steward without also considering the other bar staff for redundancy.

Last In, First Out or (LIFO)

As mentioned above, the use of LIFO needs to be carefully considered, and it is never advisable to be the only factor when deciding who is made redundant. This is due to the fact that LIFO has, and can give rise to claims of indirect age discrimination. When using LIFO, the employer needs to ensure that its use is a proportionate means of achieving a legitimate aim should anyone raise an age discrimination claim. With so many other criterions at its disposal, the employer should consider LIFO as a tie breaker when 2 employees score the same on the scoring matrix.

Where there is a requirement for Collective Consultation (20 or more employees being made redundant at one establishment), if the employer fails to follow the statutory process and consult with staff and adhere to the timeframes, there could be legal implications. Most notably of these is a claim against the employer for failure to consult, which if successful could result in the employer being ordered to pay a protective award to the affected employee(s) up to 90 days’ pay.

Any cookies that may not be particularly necessary for the website to function and is used specifically to collect user personal data via analytics, ads, other embedded contents are termed as non-necessary cookies. It is mandatory to procure user consent prior to running these cookies on your website.